Handling of optical lenses is particularly well suited for the ADHESO technology for a few reasons: 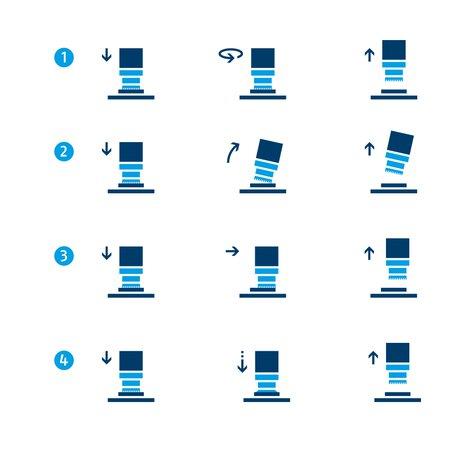 The concept is biologically inspired by the adhesive forces used by animals such as geckos. Intermolecularly acting Van der Waals forces are used to grip various workpieces.

To pick up an object, gentle pressure is placed on the structure, thereby increasing the contact surface area and initiates the effects of the Van der Waals forces.

Pairing with the Meca500 from Mecademic Robotics, we offer a range of ADHESO grippers for handling delicate and complex components.  These grippers feature a unique adhesive technology that allows them to securely hold onto small parts without causing damage.  This makes them perfect for use in the optics & photonics industry where precision is key.

Whether you need a robotic arm for assembly, inspection, or material handling, or a gripper for delicate component handling, we have the solution for you.  Contact us today to learn more about how we can help you improve your manufacturing processes and see the technology in person!